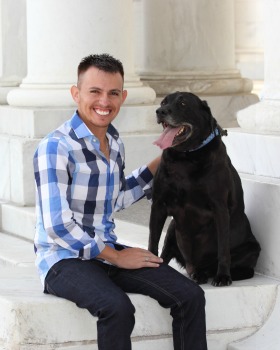 Eric Chavez-Saucedo was diagnosed with chondrosarcoma after breaking his arm on a construction job in April of 2014. After meeting with a couple of doctors who said they were unable to help Eric, he found orthopedic surgeon Dr. Ross Wilkins of the Colorado Limb Consultants at Presbyterian/St. Luke’s Medical Center. Dr. Wilkins took Eric to surgery where the cancerous bone was removed and replaced with a donor bone called an allograft. Since his initial diagnosis, Eric has struggled with recurrences of the disease, including metastatic nodules in his lungs, which were removed by surgeon Dr. Richard Parker. 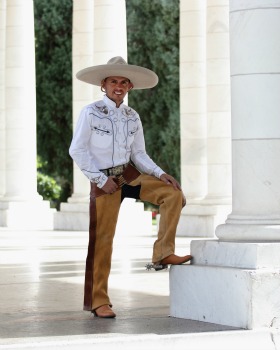 Though Eric’s treatment has not been without complications, he remains hopeful and refuses to be defined by the disease. Eric declares, “I don’t get mad. I don’t ask, ‘Why me?’ I see this as an opportunity to overcome a challenge.” Eric looks forward to becoming more active and hopes to be able to ride horses in the near future, a passion he developed when he was 14 years old on his family's ranch in Mexico. In the meantime, he has enjoyed catching up on some of his favorite movies!

The Limb Preservation Foundation has supported Eric in his recovery by providing assistance with prescription and physical therapy expenses through the Patient Assistance Fund.

Pepper is a sweet, cheese-loving, 12-year-old Black Lab who was diagnosed with osteosarcoma in 2013. To treat her cancer, Pepper underwent chemotherapy and a limb-sparing procedure to remove the cancer and save her leg. Though treatment and surgery made Pepper very tired, she was clearly relieved to be in less pain! Eventually, Pepper recovered her energy and was able to do the activities she loves most, including tug-of-war and going on drives in the truck with her dad!