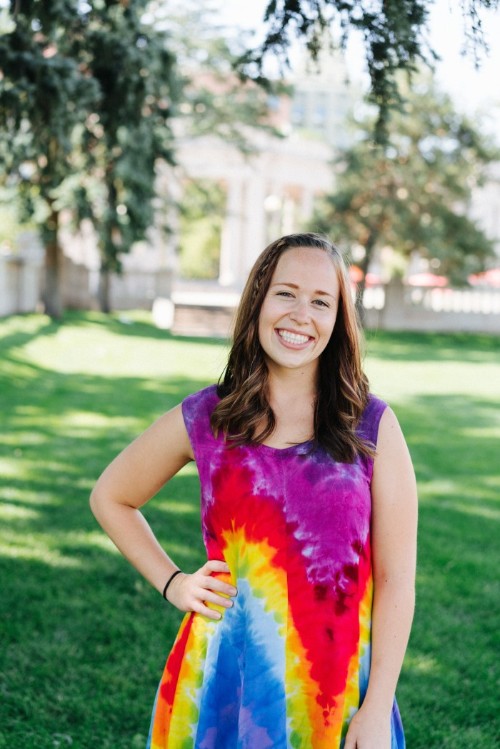 Dennae Russell’s enthusiasm for life is nothing short of contagious. At 24-years-old she has a lot to be thankful for; she has been in remission from cancer for over 3 years and has recently gotten back into the active lifestyle she loves.

Dennae’s battle against cancer began in 2013 when her doctor in Sioux Falls, South Dakota, diagnosed her with Ewings sarcoma. She underwent chemotherapy and a limb-salvage procedure to remove the tumor and save her right leg. Though her chemotherapy treatment worked, the limb-salvage procedure was not as successful. Her bones were deteriorating. Despite surgical intervention, her leg continued to worsen. Her doctors in Sioux Falls urged Dennae to travel to Denver, Colorado to meet with orthopedic oncologist Dr. Cynthia Kelly at Presbyterian/St. Luke’s Medical Center.

In February 2016, after long and careful consideration, Dr. Kelly and Dennae decided that a knee disarticulation, a type of amputation, was the best option. Dennae felt she had spent too much time being fragile and immobile, and was desperate to get back to the active lifestyle she loved. With additional support from physiatrist, Dr. Noel So, and prosthetist, Zach Harvey of Creative Technology, Dennae was up and walking within weeks. Shortly after that, she was running, hiking and wakeboarding! “It wasn’t easy at first, but I can do so much more now. I’m so much happier now.” She encourages others to remember that anything is possible, and not to let other people limit you. “Prove everyone wrong! That is what I have been doing, and it’s worked out wonderfully!” 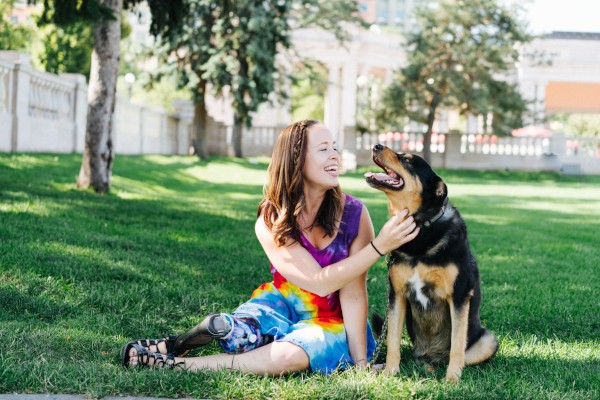 Diesel is an adorable Rottweiler mix who loves mountains, 4-wheeling and spending time with his doggy sister, Bella. In December of 2015, 9-year-old Diesel went to the vet for a bump in his back. While there, his vet discovered something even more alarming: osteosarcoma in his back right leg.

To save Diesel’s life, the doctors at Colorado State University Animal Cancer Center performed an amputation and started him on standard and oral chemotherapy. Diesel adjusted to his amputation ‘remarkably well’ and was running up and down the stairs just a week after surgery! Diesel’s mom is so grateful for the care they received at CSU and to still have her ‘protector’ watching over her every night.