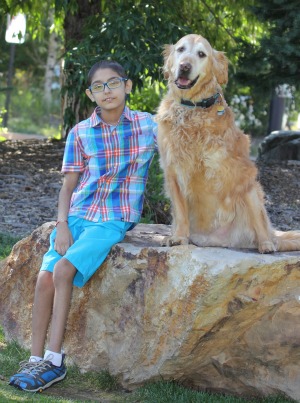 Axel Soto is a sweet, soft-spoken 10-year-old who was diagnosed with osteosarcoma in his leg in March of 2015. This diagnosis brought Axel from his hometown of Edwards, Colorado, to the Denver Clinic to seek treatment from orthopedic surgeon Dr. Ronald Hugate and oncologists Dr. Julie Zimbelman and Dr. James Ball. Shortly after Axel’s cancer was found in his leg, a secondary tumor was located in his shoulder. To treat this disease, Axel has undergone pre-operative chemotherapy, limb salvage surgeries on both his arm and his leg, and is currently completing post-operative chemotherapy. 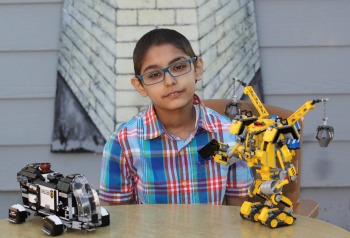 Axel has experienced more than many of us have in our lifetimes and more than any 10-year-old should. What makes him unique, though, isn’t his disease; it is his attitude about that disease and his life overall. Axel is strong and patient, facing his chemotherapy, surgeries and rehabilitation in a very matter-of-fact way. While he admits that it is difficult, what he cares to talk about more is his love of his family, videogames, and Legos! Axel hopes to be able to attend his 5th grade year at June Creek Elementary in the fall of 2015, where he can spend time with his friends and study his favorite subject – science!

The Foundation has supported Axel and his family with the financial burdens of treatment through the Patient Assistance Fund, allowing the Soto Family to focus on their son’s treatment. The collaborations of Drs. Hugate, Zimbelman and Ball continue in the fight to save Axel’s limbs and life.

Jaxson is a Breckenridge native and a 10-year-old Golden Retriever who was diagnosed with osteosarcoma in fall of 2014. After he was diagnosed with bone cancer by his local vet, Jax underwent an amputation in Breckenridge which was followed by chemotherapy at CSU Flint Animal Cancer Center. Jaxson responded well to both his chemotherapy and amputation. In fact, he ran out of the doctor’s office after his surgery. Woah, there, boy! Jaxson continues to love playing ball, exploring the outdoors and playing with his 2-year-old human sister, Lily.