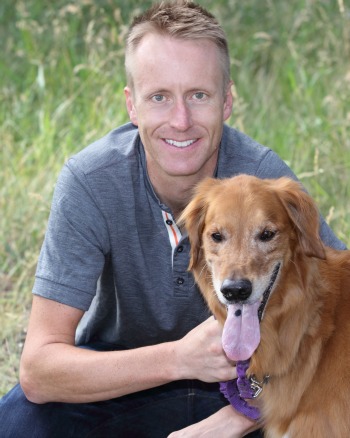 Andrew Lumpkin’s story is of survival, prosperity and perseverance.  In 1998, Andrew, who was an active collegiate athlete at the University of Kansas, started experiencing pain in his left leg. When his pain persisted but doctors could not explain why, Andrew traveled to Denver to seek the opinion of orthopedic surgeon Dr. Ross Wilkins of the Colorado Limb Consultants. Dr. Wilkins quickly diagnosed Andrew with periosteal osteosarcoma and began his treatment plan with help from oncologist Dr. Ioana Hinshaw. Andrew underwent pre- and post-operative chemotherapy, as well as a limb-salvage procedure to remove his cancer and save his leg. 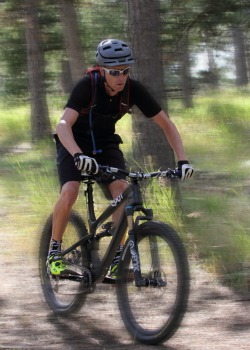 Over 17 years later, Andrew is cancer free, on his own two legs, and hasn’t stopped moving since! Andrew, husband, father of two and business owner, has done incredibly well with his internal prosthesis, for which he is very grateful. He enjoys playing squash and riding bikes, and considers his family and his faith to be his main priorities in life. Andrew attributes his survival to his faith and to his team of doctors at Presbyterian/St. Luke’s Medical Center; “They’re the best in the world. You need to fight, but ultimately things are out of your control. So it’s very important to trust your team.”

The Limb Preservation Foundation is proud to have supported Andrew in his recovery through the funding of research in the area of limb-preservation.

Bentley has been the apple of his dad’s eye since the first time they met, when he was just a puppy. Ten years later, Bentley and his dad are inseparable! The special bond they share made Bentley’s 2014 diagnosis of osteosarcoma in his front right leg very difficult, but they knew they could get through it together. Bentley underwent four rounds of chemotherapy and an amputation. This elegant, beautiful Golden Retriever has adjusted well to life with one less limb. He continues to love chasing tennis balls and playing with his kitty-sister, Portia.