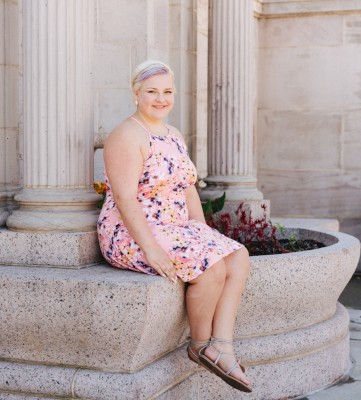 15-year-old Jenna Bates glows. There is simply no other word to describe her beautiful smile and compassionate disposition. It is difficult to believe that for over two years, Jenna has been battling Leukemia, cancer of the blood cells, while fighting to preserve her mobility.

The diagnosis of leukemia brought Jenna and her family to Rocky Mountain Hospital for Children to begin a two and a half year chemotherapy regimen under the care of pediatric oncologist Dr. John van Doorninck.  During this time, Jenna was given a medication called prednisone, which was necessary to kill the cancer and save her life. Sadly, one of the side effects of this medication became a reality for Jenna; the blood flow to her knees and right hip had been interrupted, and her bones had begun to “die”. This rare condition, called Avascular necrosis (AVN) required surgical orthopedic intervention.

Dr. Ronald Hugate, of the Colorado Limb Consultants, joined Jenna’s healthcare team and replaced Jenna’s knees and hip with a donor bone called an allograft. Sadly, the donor bone for Jenna’s hip and right knee failed, resulting in a total hip replacement. Jenna and her family are currently waiting for a donor match to repair her left knee.

Though Jenna experiences pain from this condition, it’s the last thing she will mention. Instead, she prefers to talk about her sister, Sydney, her love of baking and art, and the “light at the end of the tunnel” of her leukemia treatment. “Only two more rounds of outpatient chemotherapy! I’m ready to know life without cancer.”

The Limb Preservation Foundation is extremely honored to know this incredibly resilient young woman and her family, and is proud to have supported them through their journey with assistance from the Patient Services fund. 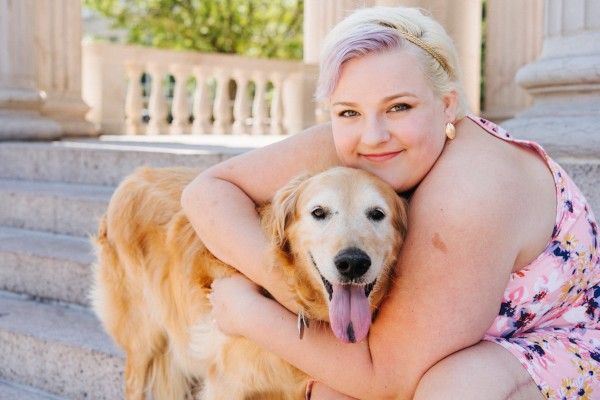 Logan is anything but a wallflower. This outgoing, sweet 10-year-old Golden Retriever has not been slowed down by his diagnosis of osteosarcoma in April of 2016. When Logan started limping, his parents took him to get x-rays at their local vet. Nothing appeared wrong, but the images were sent to Colorado State Animal Cancer Center for a second opinion. Immediately, the veterinarians knew something wasn’t right. A biopsy confirmed osteosarcoma, but the diagnosis came too late to save Logan’s leg. Days after the biopsy, Logan’s femur snapped. He needed an emergency amputation.

Logan’s recovery was not easy. He battled a life-threatening infection after his surgery, and still had to undergo four rounds of chemotherapy. Despite his complications, Logan has remained his happy, loving self. Today, Logan’s infection is treated and his chemotherapy complete. He is getting around very well with one-less-limb, and enjoys anything having to do with water and playing with his doggy sister, Bailey.