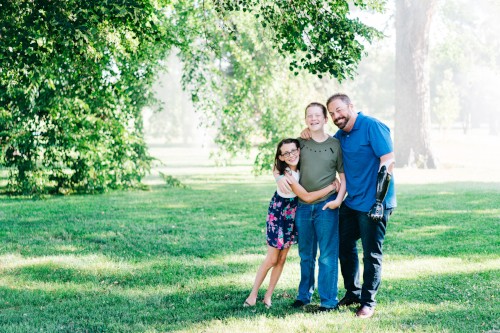 With a heart as big as his boisterous laugh, Aaron Rankin is the kind of guy who lights up a room. It’s hard to believe that three years ago, Aaron nearly lost his life when he was struck on his motorcycle by a driver who had run a red light. He remained in a coma for 28 days after his accident, waking up to a shattered hip, broken ribs and a badly mangled left arm.

Aaron’s recovery required months of rehabilitation at three different centers: Swedish Medical Center, Craig Hospital and HealthSouth Rehabilitation Hospital of Littleton. He still remembers the first thing HealthSouth CEO David Shefte said to him when he checked in, “The only way you’re leaving my facility is on your own two legs.” With the support of his caring healthcare team, family and friends, he did just that!

Over his eight months in rehabilitation, Aaron relearned how to walk, write and be independent. However, it became evident that his left hand would never be of use again. With plastic surgeon Dr. Conrad Tirre guiding his care, Aaron made the choice to amputate his arm, gaining more function from the use of a prosthesis.

When reflecting back on his experience, Aaron says, “My accident was awful, but it helped me see things from a whole new perspective. I live life with a different energy now.” He has become very involved in road biking, participating in the Denver Century Ride and Pedal to the Planes. “Cycling has been great for me, both physically and socially. I’m enjoying getting to know the new me. I’m really thankful to have that chance.” Aaron also has embraced the gift of getting to spend more time with his children, Gabby and Luke. 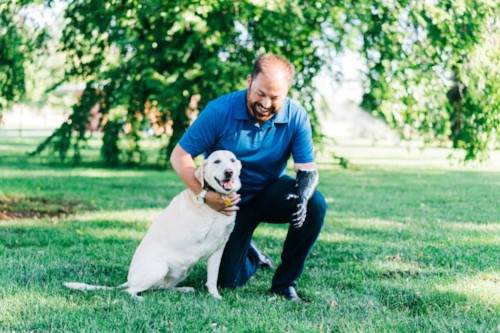 When 10-year-old Kala was diagnosed with osteosarcoma, her dad, Kevin, knew exactly what to do; he was a veterinary student at Colorado State University. Since he was a boy, Kevin had loved animals, taking care of the neighbors' dogs until one day in 8th grade his parents let him get his own. He named her Kala.

Soon after her diagnosis, Kala underwent an amputation and began chemotherapy. Sadly, Kala’s cancer spread to her lungs. To battle this spread, Kala is doing additional chemotherapy. Through all of this, she remains a happy dog, full of love for her family and tennis balls!