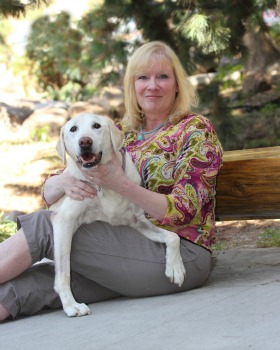 Teri Plank is a gentle, sweet-natured woman who sustained a work injury in 1999 that progressively got worse over time. This injury caused her knee to sustain serious mechanical damage, making Teri fall often. Teri was relieved to find to find orthopedic surgeon Dr. Jeremy Kinder of the Colorado Limb Consultants who had a solution for her injury. Up until that point her only options had been amputation or fusion at the knee. In April of 2014, Dr. Kinder gave Teri the “greatest gift” when he performed a knee replacement with the use of a donor bone called an allograft. For the first time in 15 years, Teri felt safe again and was even able to drive! 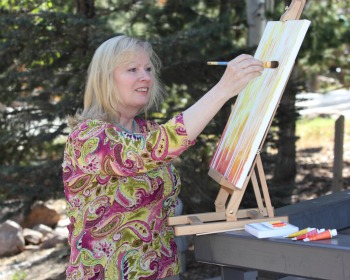 Teri’s experience with Dr. Kinder and her life changing surgery has transformed her life for the better in many ways. Not only does she have her mobility back, but she also feels a deep appreciation for the power and importance of organ and tissue donation. “I can walk again because of the gift someone gave me,” says Teri.

With her new-found mobility, Teri has numerous goals on the horizon, including going for a hike at Grand Lake! She also hopes to have the opportunity and ease to paint more, a pastime that she absolutely loves.  The Limb Preservation Foundation is proud to have supported Teri in her recovery through the funding of research in the area of limb-preservation.

Sam can best be described as a bundle of love. This playful, 12-year-old Golden Lab was diagnosed with osteosarcoma in her front right shoulder and spine in May of 2015. Because of the location of Sam’s tumor, surgery was not a treatment option. Instead, Sam underwent both chemotherapy and radiation, and responded well to both! In fact, she enjoys going to the vet to see her ‘friends’ and getting loved on by the nurses. Though Sam’s days of long runs may be behind her, she continues to enjoy playing with her human sisters, Alice (9) and Bernie (10).